Game On: Rivals on Wheels

Diesel: Fuel of the Future? 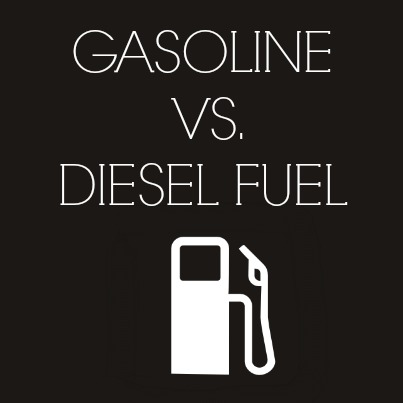 You know that feeling you get when you realize something you’ve believed in all your life has been a lie? That is how I felt when I discovered that many of those big diesel trucks on the road are actually creating less CO2 emissions than some of the smaller, gasoline powered vehicles! What!!? I know, it completely surprised me too! If you are anything like me (a girl who never thought twice about what makes an engine run) it wouldn’t surprise you that it never crossed my mind to research the difference between a gasoline and diesel engine. I came across an article about clean diesel engines eventually replacing all “old” engines to create a greener future. I thought to myself, “Clean diesel? That’s basically an oxymoron!” So as I proceeded to do my research, I discovered that technology has provided a way to clean up the emissions that come from a diesel engine that drastically reduce the amount of CO2 and other toxic particles from entering the atmosphere.

What exactly is the difference between gasoline and diesel fuel? Both fuels are made from Petroleum, a by-product of crude oil. In the refining process, the Carbon and Hydrogen chains are broken down into various chains and numbers of atoms which creates a new molecule each with individual properties. From petroleum, gasoline (petrol), diesel, jet fuel, kerosene, butane, and liquefied petroleum gas are all derived. Gasoline has fewer Carbon and Hydrogen Atoms than Diesel; therefore, the overall weight of gasoline is less. Gasoline also has a boiling point of -1-110℃. This is the reason it evaporates so quickly. Diesel is much heavier with a boiling point from 260-315℃. The physical consistency is thicker, oily and packed with more energy than gasoline.

Both have come a long way since those days, with gasoline taking the lead in automotive vehicles. Because of the energy potential of diesel fuel, it has been the primary fuel used to run large, heavy duty trucks, locomotives and farming equipment.

Advanced technology has developed diesel powered engines to fuel smaller vehicles and many people are catching on to the benefits diesel engines provide. These benefits include better gas mileage, lower carbon emissions, greater torque, and a longer lasting, more durable engine. As mentioned earlier, the energy density of diesel is much higher than gasoline and therefore allows gas mileage of up to 40-50 mpg on larger vehicles! As technology is advancing, diesel engines are being created in such a way that much of the emissions are being significantly reduced. Low sulfur diesel, advanced catalytic converters, turbo-charging and other factors play a role reducing emissions. Diesel engines use compression to ignite, and due to the way the engine functions, it creates a large amount of torque. Torque can be thought of as the “get-up-and-go” in a vehicle. This torque adds to the vehicles functionality, ease of driving and enjoy ability of these vehicles. Last but not least, diesel engines are known to be more durable and long lasting than gasoline engines. The simplicity of the engines makes maintenance easier. Diesel’s don’t require a spark ignition and instead use direct injection methods which further increases fuel economy and cuts down on repairs and maintenance. 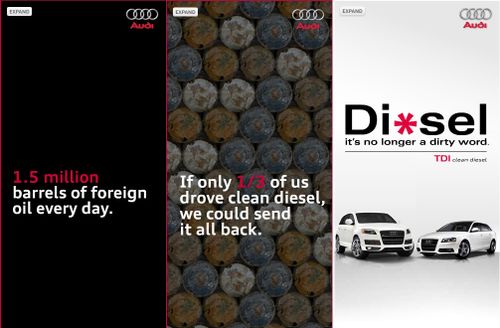 The European markets have been seeing an increased demand for diesel vehicles. Several large car companies are on their way to developing SUV’s and sedans that run on diesel but are otherwise the same as what consumers want: quiet engines, spacious interiors, sleek design, durability and power and stellar gas mileage. They are also developing hybrid engines that are compatible with biodiesel fuel. A combination that would provide outstanding fuel economy! America may be a somewhat difficult market to break through, but once the availability of diesel powered sedans and SUV’s hit the market, it could cause a major breakthrough for consumers who want great gas mileage. Not only could it positively impact our checkbooks, but our health as well. A change in the future I’m sure we can all look forward to.