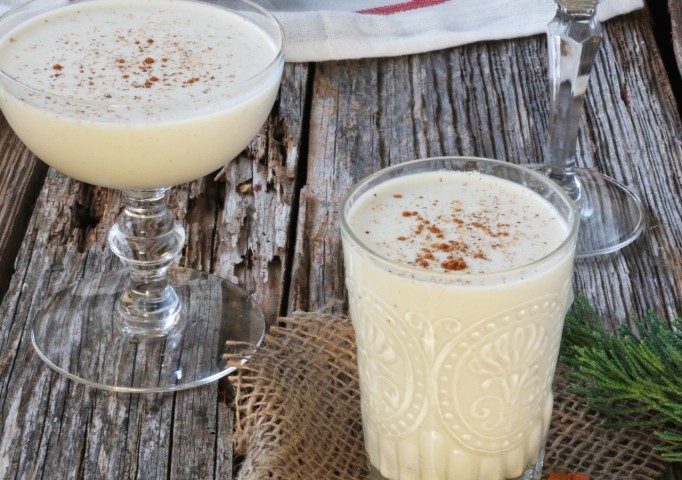 In a saucepan, combine milk, cream, cinnamon, vanilla bean, vanilla seeds, and nutmeg. Bring to the boil over a medium heat. Once boiling, remove from the heat and allow to steep. In a large bowl or stand mixer, beat egg yolks and sugar until combined and thick ribbons form when the whisk is lifted. Slowly whisk in the milk and continue to mix until the mixture is combined and smooth. Add bourbon or rum, and stir. Refrigerate overnight or for up to 3 days. Before serving, beat the egg whites in a large bowl or stand mixer until soft peaks form. Gently fold into eggnog until combined. Serve and garnish with freshly grated nutmeg.