Gas tank empty? It could cost you in more ways than one.

It’s almost Independence Day! How about a patriotic parfait? 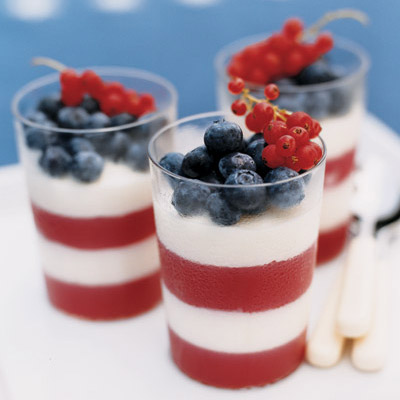 Mmm…Two kinds of smooth, tasty gelatin! Red currant and panna cotta (made with cream), topped with blueberries. I can’t think of a better way to stay cool while you’re waiting for the fireworks to start!!

2 ounce(s) fresh currants, on the stem