Let’s Get Ready to Compare!

Hell Kitty Rises from the Embers! 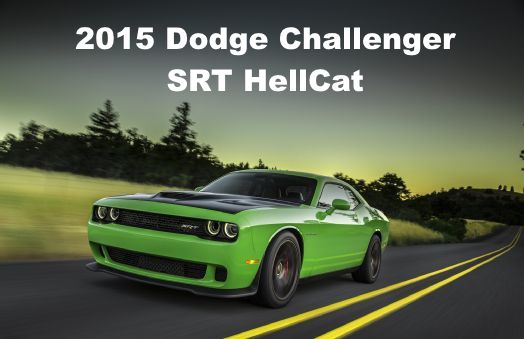 Wouldn’t it be cool if we all lived in video games? Driving through twisty-turny exotic streets, at the speed of light, handling those cars like a pro (if only) and every once in awhile crashing without injury. Well, now you can live everyday like your driving in Need For Speed! Thats right…I’m talking about the just released Hellcat engine, found ONLY in the 2015 Dodge Challenger SRT and Charger. The Hellcat is the largest Street Legal, supercharged engine in existence. Packed with 650 Torque, a 6.2L V8 HEMI Engine, 8spd automatic or manual transmission, 0-60 in 3 seconds, 700+ Horsepower and a max speed of 214MPH, there is no doubt that a little revving of this engine, will wake the neighbors from a dead slumber!

The HellCat is named after a Grumman World War II fighter plane, used mainly on aircraft carriers; many of its 2,000-hp Pratt & Whitney engines (The same engine design as the modern day Hellcat) were made by Nash, the car company that was purchased by Chrysler in 1987. Around 12,200 Hellcats were made in a little over two years. They destroyed 5,223 enemy aircraft, more than any other Allied naval planes; the Hellcat’s overall kill-to-loss ratio was around 19:1, beating every Japanese aircraft by at least 4:1. Only 270 were downed by aerial combat during the war (most of the planes that were lost, fell to training accidents or transport problems). In 1943, Admiral D.C. Ramsey praised the engines, saying: “The Pratt and Whitney engine performed admirably with no blower difficulties and few exhaust stack failures.” In shorter words…driving the Hellcat is like driving a fighter jet…you just won’t achieve liftoff! 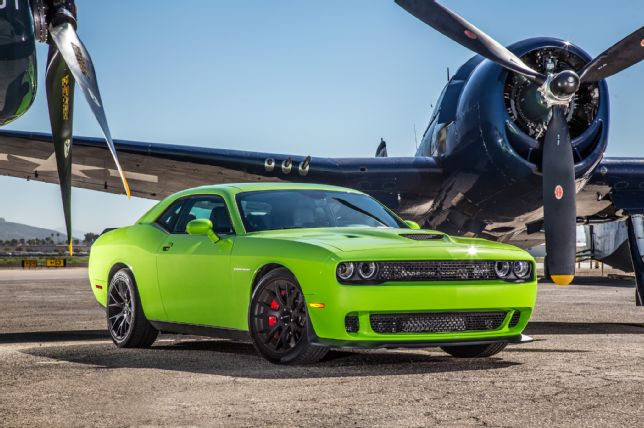 Among it’s many features, the maybe the most unique feature is it’s “street and kill modes”. You may be asking yourself…”What the !$%@ ??”. Lemme explain… The Hellcat’s street to kill mode is controlled completely by your key fob. For example…The Hellcat comes with 2 key fob’s…a black one and a red one. The Black key fob limits the engine speed to 500hp, or street mode. 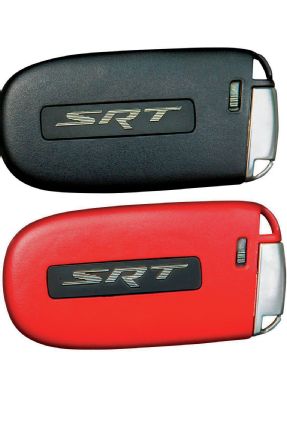 However, the red key fob takes the engine to it’s full capacity at 707hp, otherwise known as kill. Those wishing to take it to “kill mode” could be considered clinically insane.

There is no doubt that the Hellcat is hellicious! Over 90% of the new 2015 Dodge ChallengerSRT Hellcat’s engine is new.

Here are a few of the Hellcat’s other notorious upgrades:

The SRT cooling team invested a great deal of time on this engine, measuring, monitoring and managing coolant and air flow, to extract maximum power and performance. This resulted in the most-advanced cooling system that the Chrysler Group has ever offered in a passenger car. To manage temperature and increase thermal efficiency, the SRT Hellcat engine employs a pair of separate cooling circuits.

The Brakes: The 2015 Dodge Challenger SRT HellCat has the largest and most powerful front tire Brakes of any vehicle on the road today!

There is no doubt that the Hellcat is hellicious! But all that Hellaciousness comes at a price! The 2015 Dodge Challenger SRT Hellcat starts at a whopping $60,000! However, if your wallet is growing so large it will no longer fit in your pocket…head on over to Woody’s Automotive Group cutom order yours! Even if you can’t afford that price, Woody’s Automotive Group has several other equally attractive models and more affordable prices! Feed your Need for Speed!