How to Get the Most out of Your Vehicle

Game On: Rivals on Wheels

Have you ever dreamt of the day that you would be driving down the road, err that is, your car would be driving down the road while you sit back and relax? That futuristic fantasy may be a little closer than you imagined! As technology continues to increase at a rapid pace, it is not out of the question that in our lifetimes we may see this as a reality. What automatic features are already in use and what is yet to come? 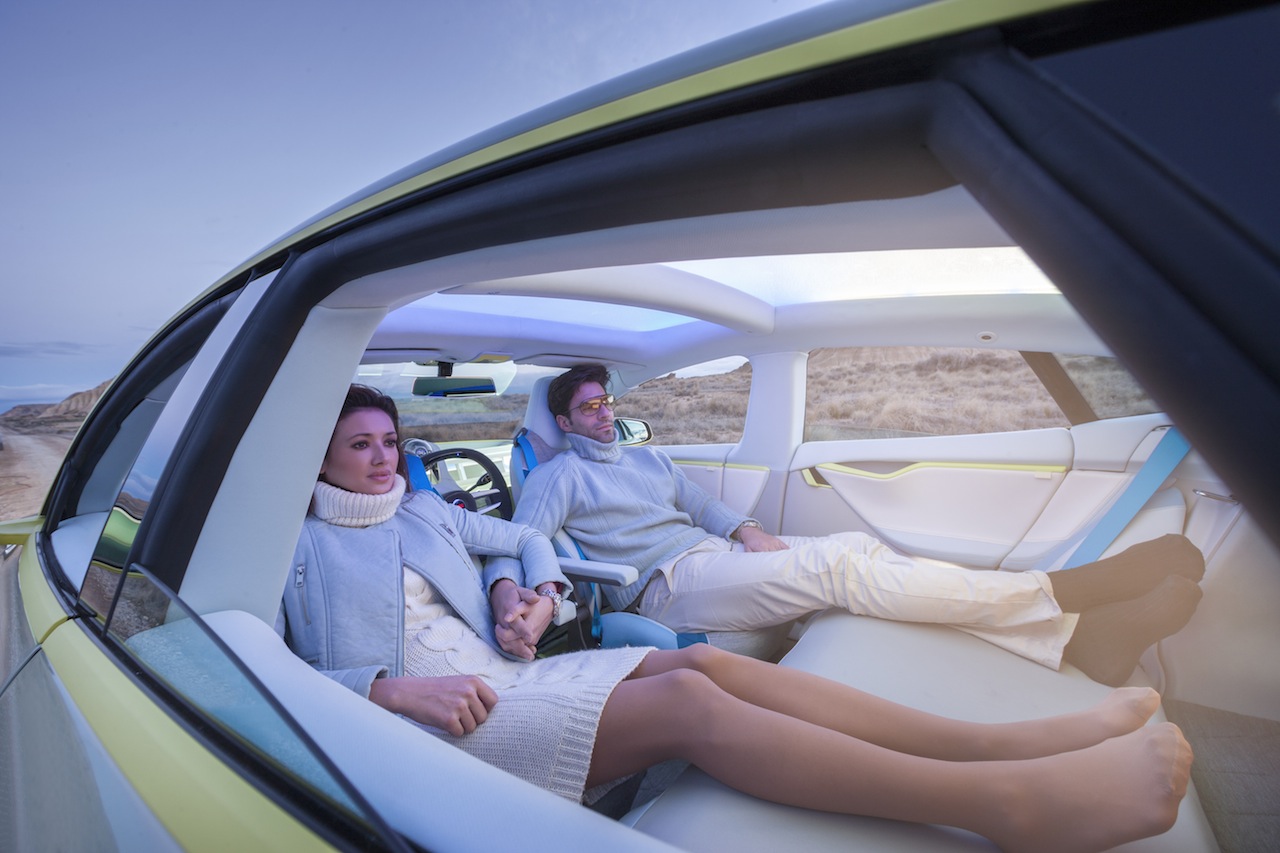 Perhaps the next step in the automatic movement was cruise control. Again, it’s a standard feature in all new vehicles and has been for some time, but was a first for cars being able continue acceleration without a driver. Cruise control has continued to develop and today’s technology allows the vehicle to sense vehicle distance and speed to allow the car to maintain safe driving distances from other vehicles as well as slow down suddenly in case of an emergency or sudden stop.

Experts say that “the technology is there” and even automakers did not expect the technology to advance as quickly as it has. The ability for a fully automated system vehicle to drive all by itself is already a reality and test markets have opened up in places in Europe and the US. California has given the green light on allowing self-driven vehicles to take the road and have already traveled over 700,000 miles. The greatest challenge in technology is developing advanced sensors that can accommodate inclement weather conditions, pedestrian and cyclist behavior, road construction, etc… Although city driving has greatly improved over the last 2 years for self-driven vehicles, there are circumstances that still need to be worked on before it is fully capable. 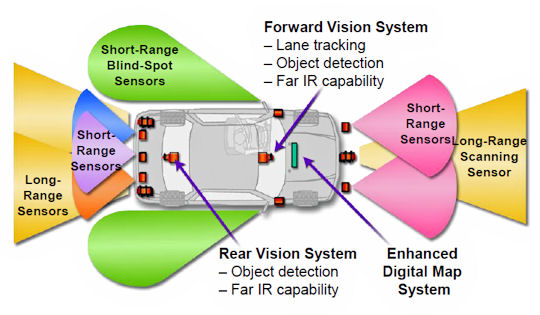 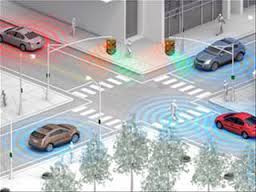 In Europe, there is a push to have self-driven vehicles on the road by 2018 and in the United States that expectation has been set to 2020. However some experts say that those expectations may be unrealistic. Although the North American market is open to this concept, Europe has seen a greater push and willingness to invest in this future market. There is no doubt the technology will be there by the time Regulatory procedures are all in place and approved. That will be the slowest to change. 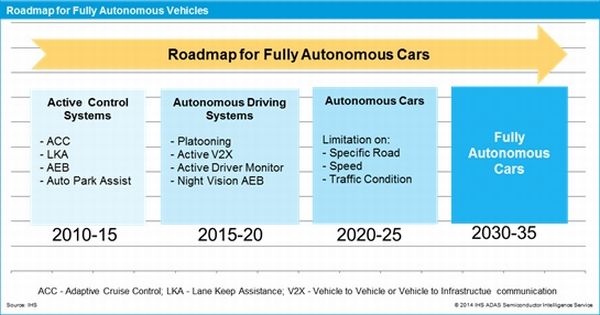 What are the pros and cons of such a future? The pros are that a vehicle can operate without human error. The common causes of such accidents include texting, talking/checking email on cell phone, drowsiness, drugs/alcohol induced, road rage, unforeseen objects and animals. All of these are behaviors that would be avoided with the automated control system making accidents much less likely to occur. However, the major downside is that in the case of an accident, where the fault lies. This is something that is hotly debated and will most likely be the hot ticket issue for a while. The other con is the potential for the decline in car sales. Car companies are afraid that if one vehicle can take them where they need to go without the need for a driver, then the potential for multiple vehicles in a family could decrease by 50 percent. This is, of course, another debatable issue. Another question is how expensive will these cars be and will the average driver be able to afford one? Higher end brands like BMW and Mercedes already have models on the road and are likely to be the first to roll out to the consumers on a larger scale. Major car companies are not far behind as they realize they better evolve and stay competitive or lose! However with all of the debate surrounding these issues, the fact remains that self-driven vehicles are the way of the future and it’s coming faster than we may be ready for! 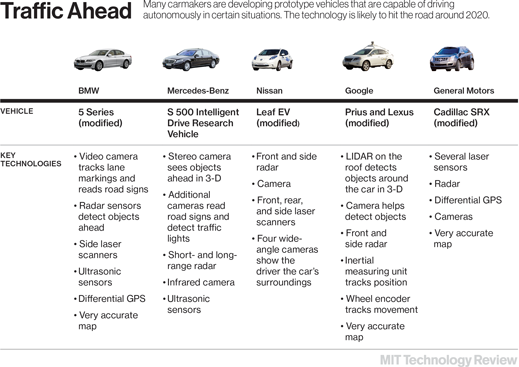 No matter if you are in the market for a self-driven vehicle, truck, SUV, minivan or hybrid, Woody’s Automotive Group still carries the largest supply of vehicles in the Midwest. Check out our selection at wowwoodys.com. If we don’t have it, we’ll get it! Including self-driven cars!