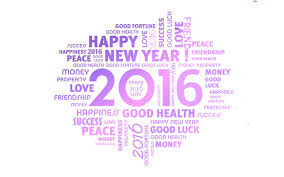 Today is the very last day in 2015. I feel as though I’ve blinked, and the whole year went by! In honor of the amazing customers that come through Woody’s each day, I’ve picked my top 10 favorites to share. They’re in no particular order, just 10 that made me laugh or amazed me in some way! I’ve kindly included links to their videos and/or pictures, so you can see for yourself! Buckle your seats belts (safety always comes first!), and we’ll get started! 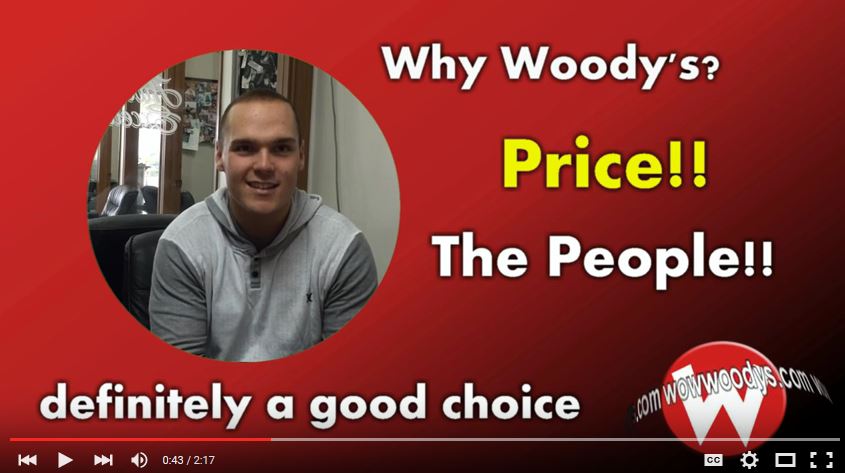 Nate, (and some other kind soul) got up at 4AM to drive 5 1/2 hours to come to Chillicothe, Missouri. FIVE AND A HALF HOURS. That’s a pretty good road trip. He is clearly very excited about his Dodge Charger, and who wouldn’t be? He got an awesome car, dealt with amazing people and saved a ton of money! Even driving 5 1/2 hours! Good choice or bad choice? I’d agree with Nate and say definitely a good choice!

I was really impressed with Jonna! She found Woody’s on the internet. She did her research, found that Woody’s doesn’t add extra fees like other places, and chose to drive 10 hours to purchase her Town & Country from Woody’s Automotive Group. It was definitely worth the drive for Jonna! 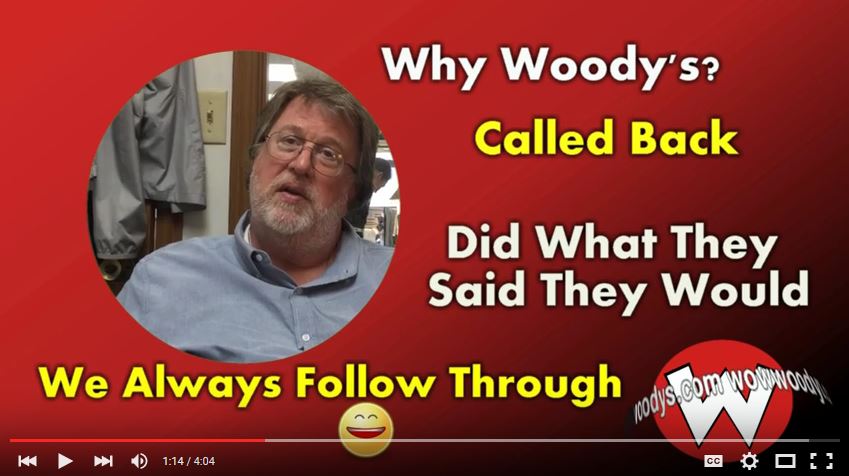 I really enjoyed this video with Gilbert. He seems like the kind of person to tell you like it is, whether you like it or not. I enjoy that. So when he shares how Polly kept him informed and followed through when others he was ready to buy from didn’t, I appreciate his honesty.

Dale’s car got smashed in the Wal-Mart parking lot. Let’s be honest, isn’t that everyone’s nightmare when you pull in there? I felt for him, but he was so good-natured about it! Polly and Neva got him taken care of quickly and painlessly!

Brian and Heather are super nice. Brian had already recommended Woody’s and Scott to his dad…before he was even finished with his purchase! WOW!

True to his word, Brian had recommended his parents…and it didn’t take long for them to head in! Unfortunately they had hit a deer, but thankfully they were both ok! Scott them all lined up again! Aren’t they the cutest couple?

Here is one of the amazing things about Woody’s customers, they share their experience with others! Not only did Brian and Heather recommend Woody’s to Brian’s parents, but Heather’s parents got in on the action too! They looked online and found a truck they liked from the vast inventory available, and Scott helped them with the details! We’ve got a family tree going here. 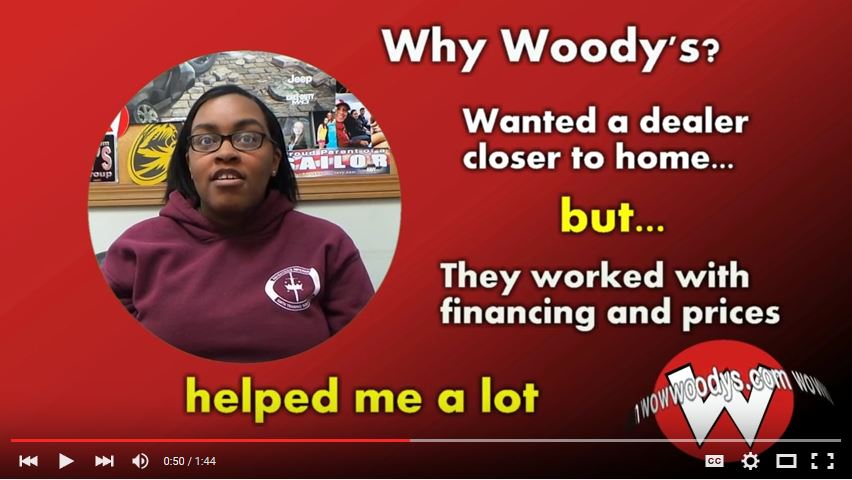 Raven had wanted a dealer closer to Sedalia, she felt like and hour and a half was a long drive, but Woody’s had the car she wanted, and Scott and Brian worked with her and helped her out. She left happy with exactly what she wanted and felt the drive was totally worth it.

Richard and Lyla happened to be out to lunch, and Lyla had the great idea to swing by and see what we happened to have. As it works out, we had just gotten in EXACTLY what she wanted! They did end up having to wait for awhile, but they were very understanding as Jeff worked out all the details for them.

These two were pretty excited that Scott also happens to be a Cardinals fan! I think the stars aligned on that bright day. They got just the truck they wanted, and they met a fellow avid Cardinals fan. Win win!

There you have it, folks! My top 10 customer picks for 2015. It was so hard to choose! There are so many extraordinary people who come through the doors every day! I hope you enjoy these videos, as well as all the other amazing ones! Happy New Year!